Fouad Bouchoucha listens to the world. And not just metaphorically: for this artist listening, in the most physical sense, involves intensity of sound (the thousands of firecrackers of Grand Potlatch), a physical relationship with expelled air (the foghorns of Aire de Jeu [Playground]), and the calling up of enveloping memory images when the sounds aren’t rooted in a definite source – given that fog makes space more tactile than distinct (Paysages topographiques [Topographical Landscapes]). Listening is also, for this visual artist, the optical transmission of sounds that take extreme forms: the sculpture 20,000 htz, for example, expresses “a piercing, all but inaudible sound”.

In the metaphorical sense listening to the world means hooking into the zeitgeist, the nebula of forces guiding our present along those waves emanating (necessarily) from the past. If the artist has a social role, it is certainly that of bringing out of the nebula the structures which, unnoticed by us, direct our lives. Under the Coca-Cola logo . . . the code of the devil. In this respect Nature Morte (Still Life) is a manifesto: it displays the codes (and modes) of the technology that governs the colouration of our everyday environment, to the point where even our perception of a natural bunch of flowers seems strange. Similarly the series La forme des possibles (The Shape of Possibilities) offers drawings of 7 computer screens open on the home pages of 7 industrial programs: all different, but all ready to use their minimal vectors to transcribe our 3 dimensions as objects and arrangements that invade our biotope: architecture, transport, consumer goods, etc.; in other words, stuff whose daily use activates the productivist transformation of the world. 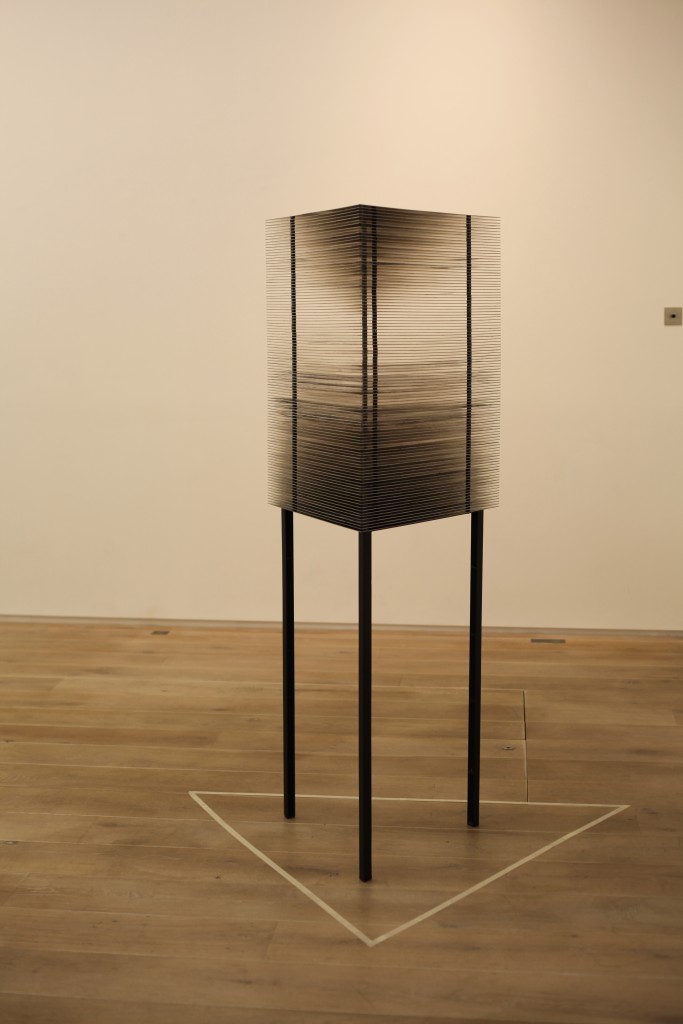 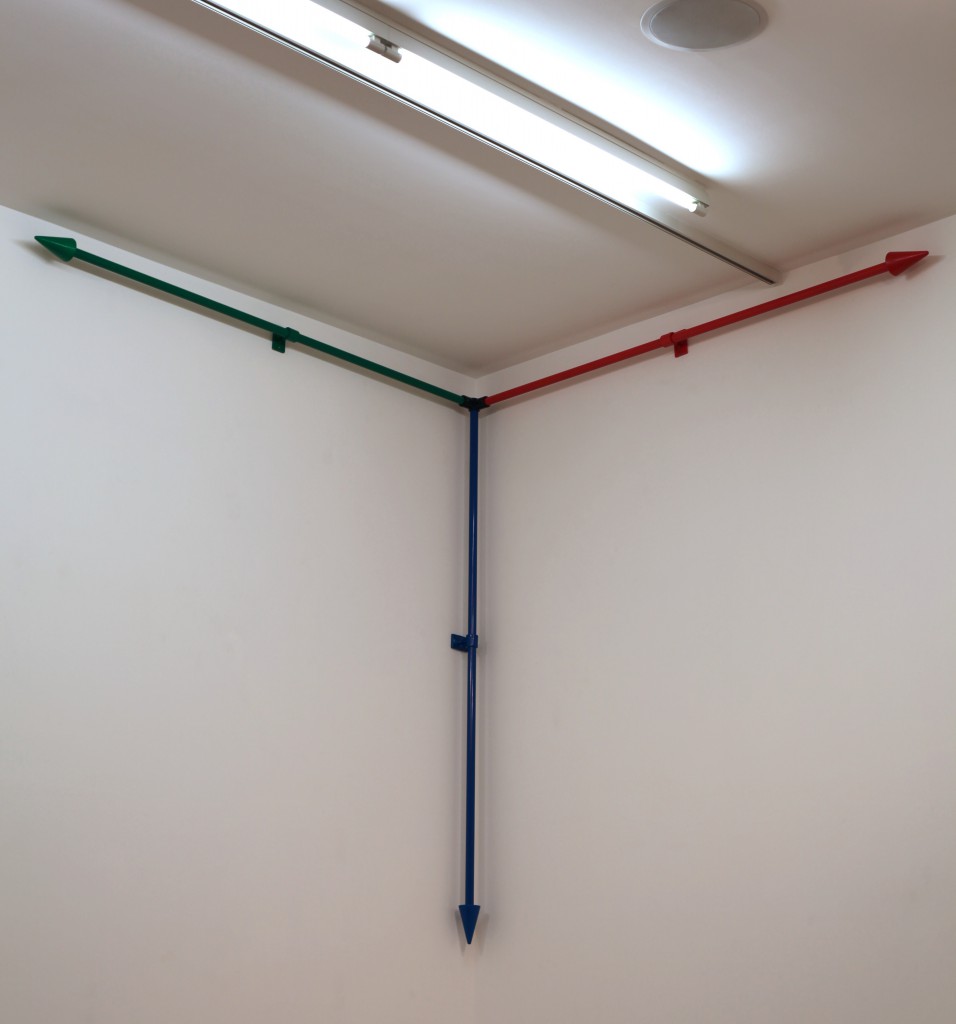 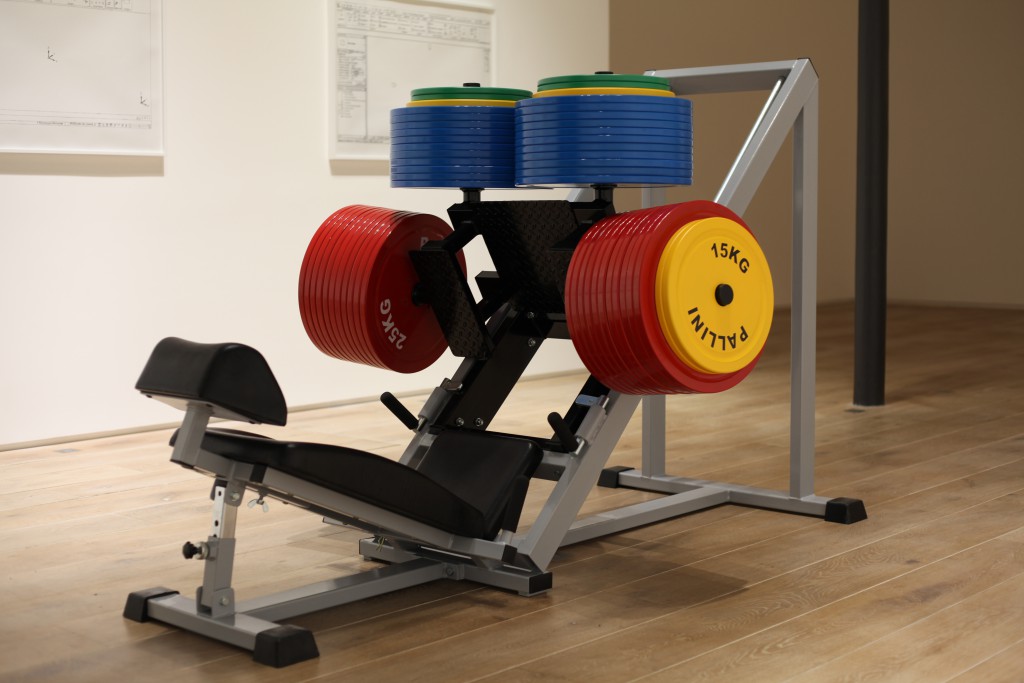 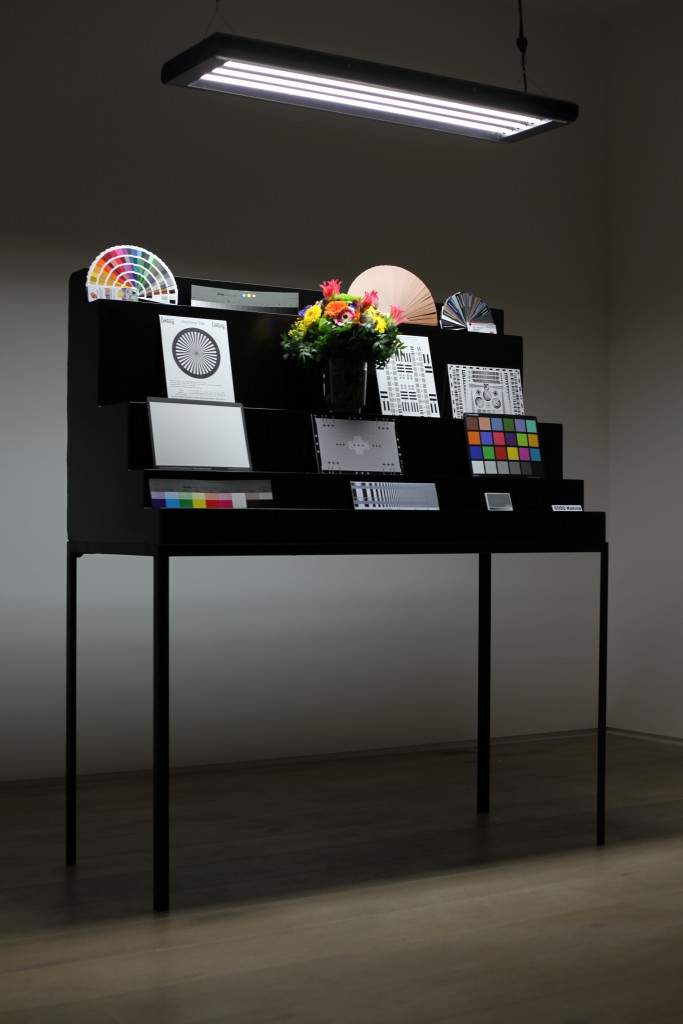 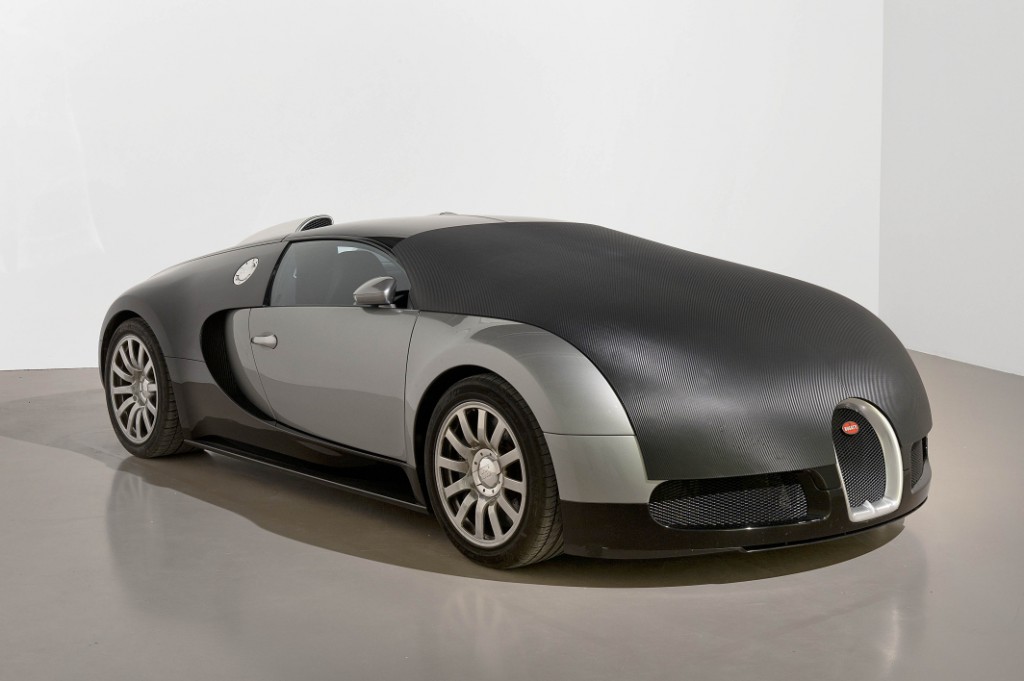