Hard, opaque, cold, malleable and potentially sharp – metal, Caroline Mesquita’s material of choice/predilection, is worked on by the artist body to body / full frontal / hand to hand. She twists, winds, uses her hands, legs of thighs as points of pressure to solder, to create openings and to give form.

We count among the brass, copper, stainless steel or steel assemblages resulting from this, a series of flying engines, another of engines on wheels, and a procession of characters frozen in action: windsurfers, rampants sloths or a royal couple, the survivors of an airplane crash…

Its in these stop motion videos, the second element of Mesquita’s production, that some of the leaves of metal turned volumes are set into motion. This continuity between mediums results in an inversion of roles, in which the artist and actors are deprived of all power to act.

Finally, an eye opens, a leg moves lightly, but the flesh stays limp and nothing in their bodies appears to be able to be erect. The metal-characters, on the contrary, are agitated, muted by an impulsive attraction toward these inanimate or sleeping humans. Their movements are jerky, the metal cuts or transforms, blood runs, and skin is tinted with bright and plastic colours.

These scenes behind closed doors, filmed in tight frames, let nothing interact other than sculptures and actors. There, the hard enters into contact with the soft, that of cold with that of hot, the inorganic meets the organic… So many dualisms suddenly appear, as they do out of bad reflexes, when we describe the work of Caroline Mesquita, and these could turn out to be false pretences.

This plays out not only on the level of material, but also on the level of the registers invoked. In the corpus of works produced, austerity could be brought to socialise with the grotesque, which prevents, elsewhere, latent eroticism from settling in. Modernist references (to which these dualist conceptions are not unfamiliar) cohabit with the pop aesthetic of a B movie. And if other influences – cyberpunk, Camp or even afro-futurism – seem to run across the films and sculptures, the affiliation to any existing movement or genre remains only partial.

Perhaps in fact, what should be seen, in Mesquita’s work is the creation of worlds where inter-species relationships are possible, and where the mechanisms of oppositions and hierarchical classifications are redundant. Finesse and brutality are not mutually exclusive, power relations are muted in pleasure and scenes of catastrophe appear in her work, in the end, as joyful. 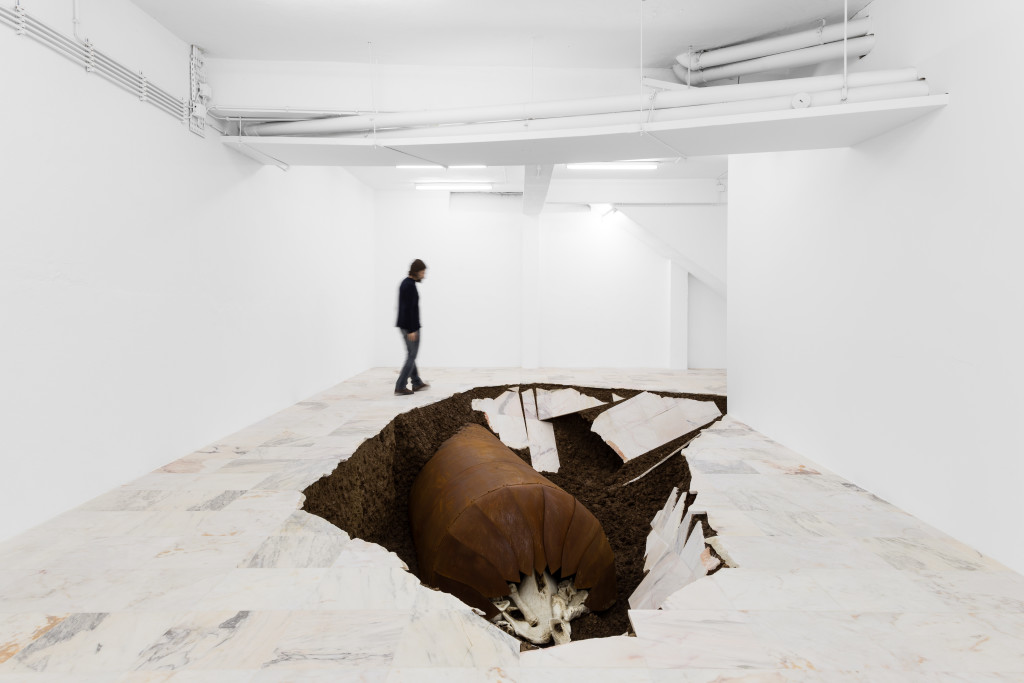 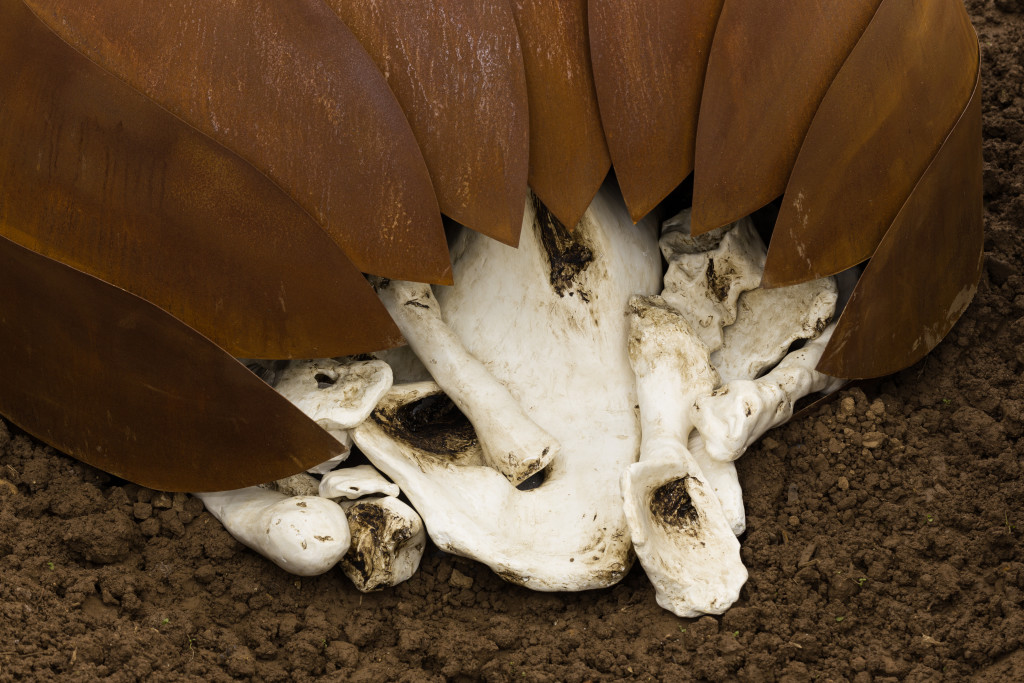 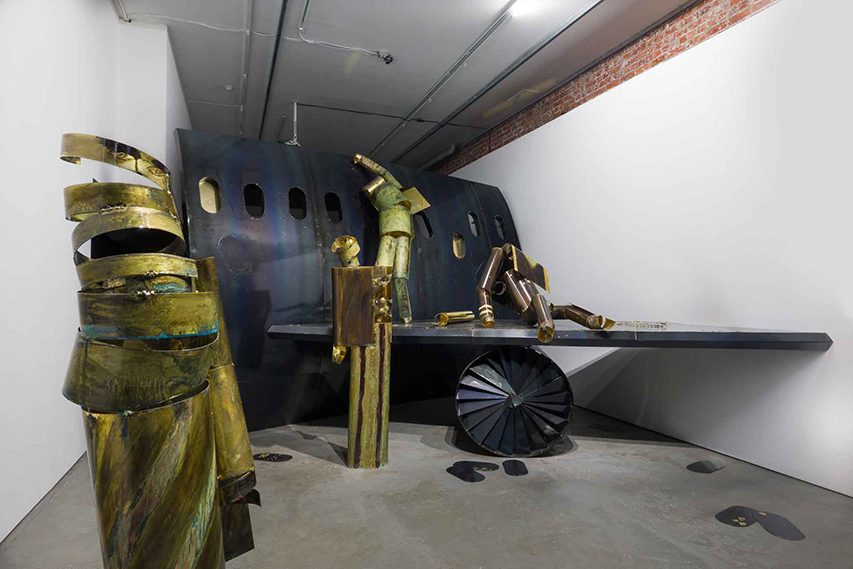 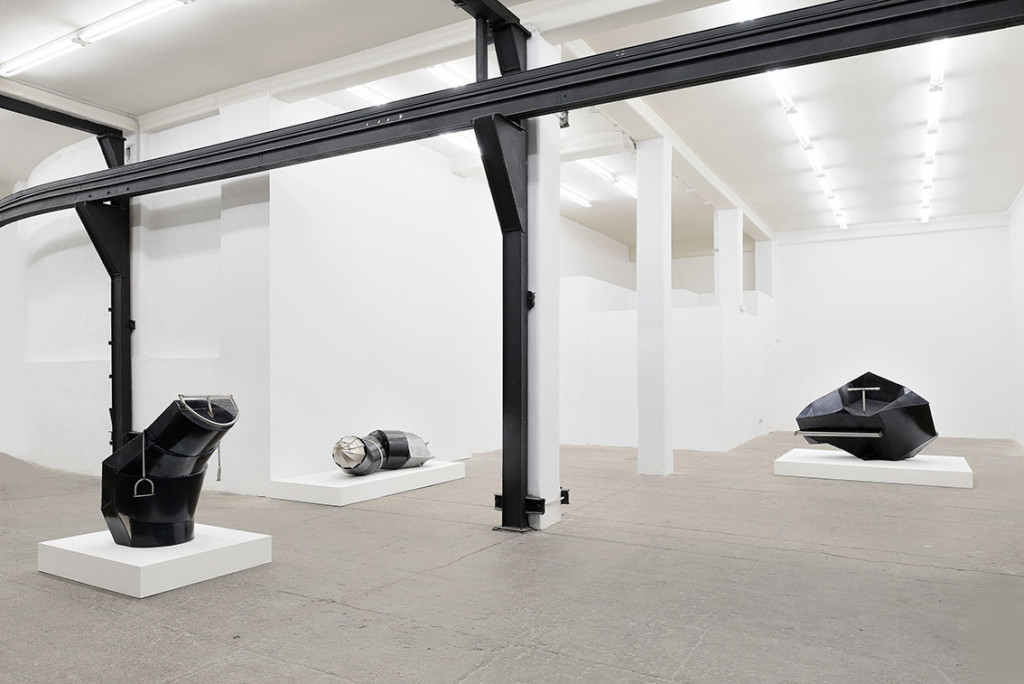 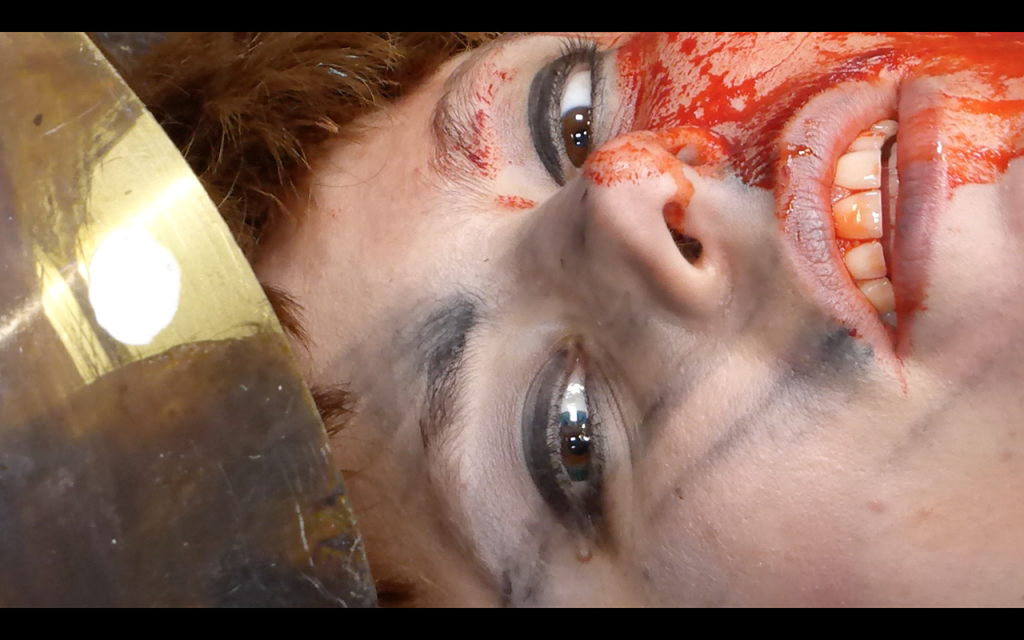 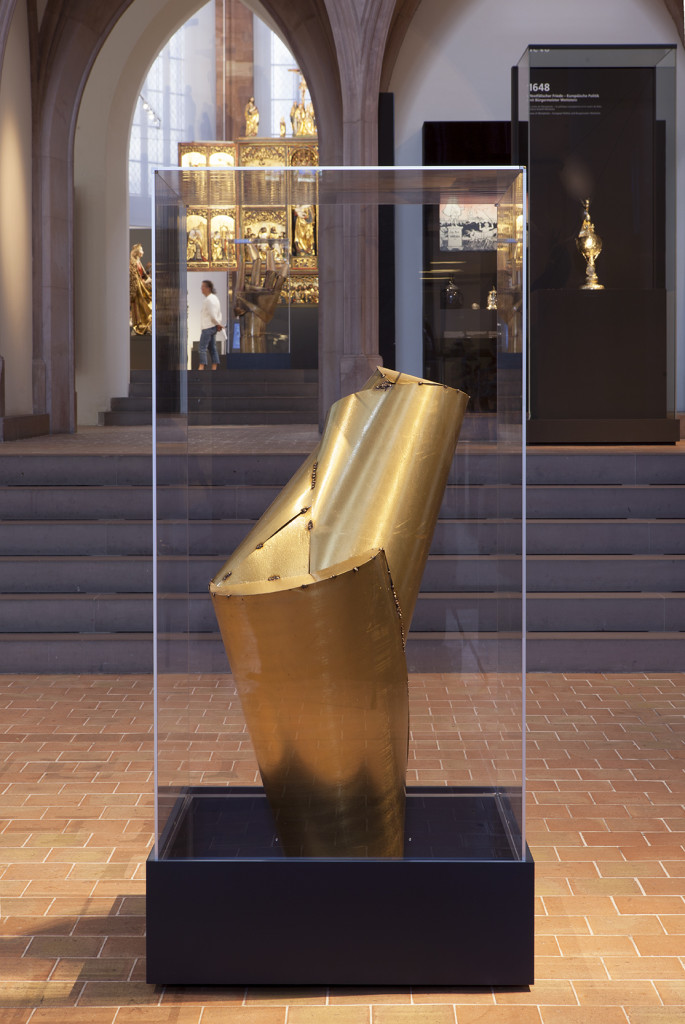