Whether he works in cast aluminium, in lengths of foam or in moulded resin, Antoine Nessi makes in the furniture and real estate of dystopia. As a rebellious anthropologist, he borrows the forms of the real to reinvent them in his own narrative regime. His sculptures resemble those which we might find on a production line in a factory, at the moment when several pieces put together adjust themselves, in a moment of brilliance, to a world unconscious of the worker. In different series, Antoine Nessi moulds work tools to pull out rough sketches, masks or insane creatures, detourning both use value and a force of fantastical contestation. Whether one believes in the power of art to change life or not, the way in which one makes art remains an inevitably political object. Nessi, who willingly carves his path on the edges of industry, understands his role as artist like being the person who explodes the standard notion of productivity. But before all of that he attempts to attach himself to a common desire founded in our way of life, that of apathetic diversion and the ‘user friendly’ surveillance conditioning our economy. He also makes himself the kafkaesque shadow who, depending on the scale of his pieces, puts the spectator here in the position of master, and there of slave. The history of modern art will have eventually spoken the forms of ordinary oppression. The works of Antoine Nessi surprise us, residing somewhere between agricultural animal storage and the subway train, between the gym and the penitentiary. 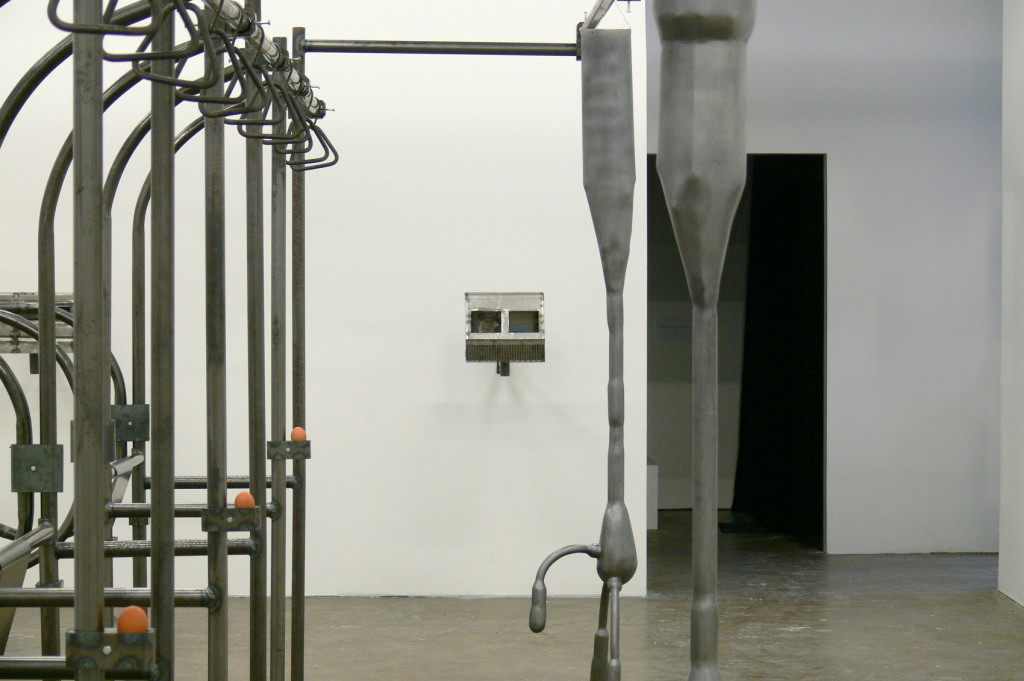 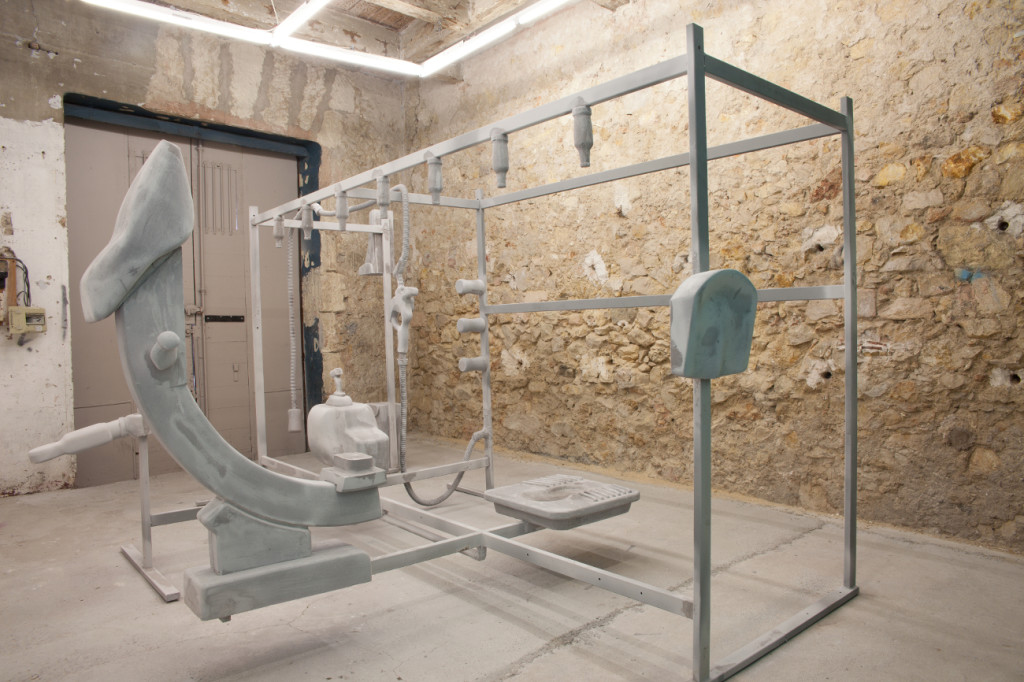 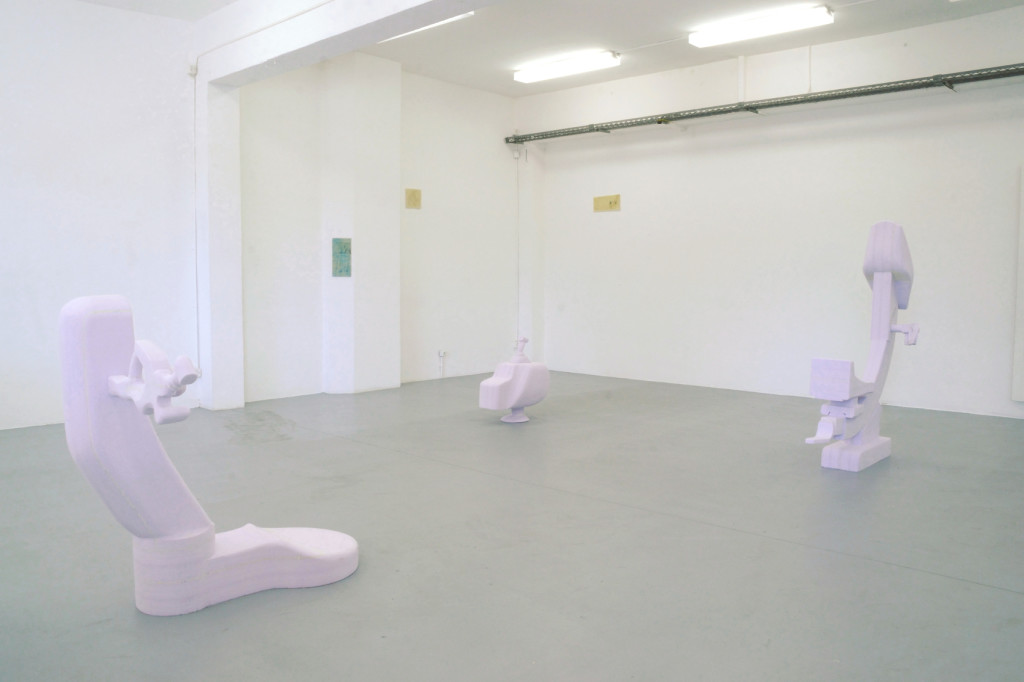 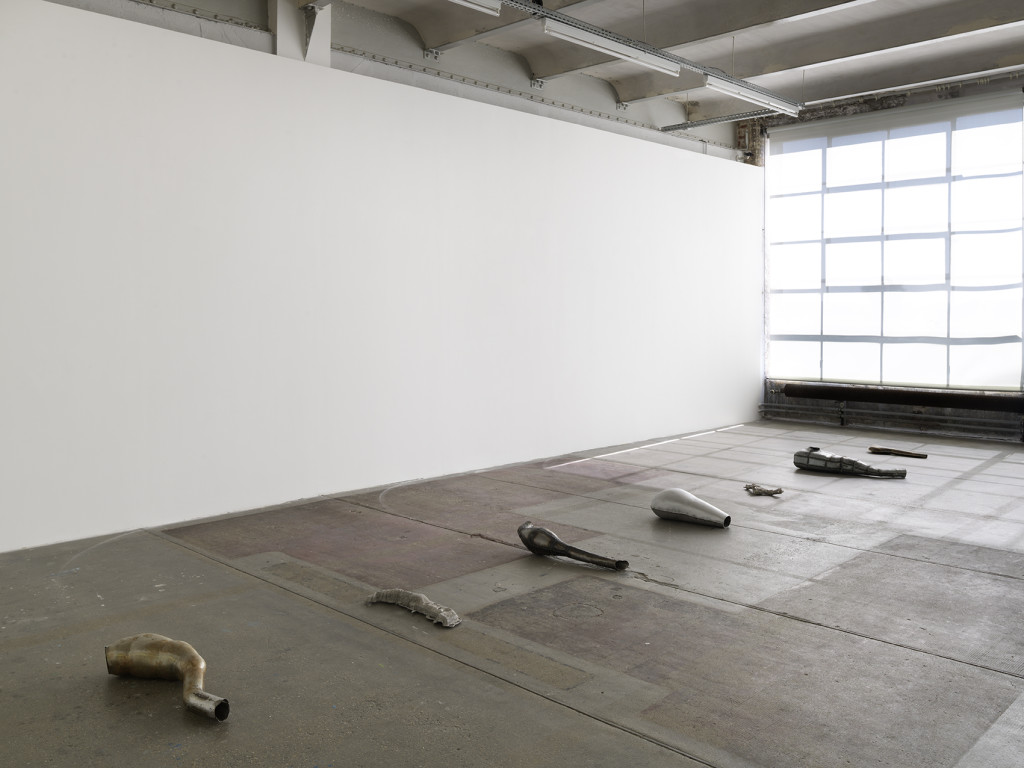 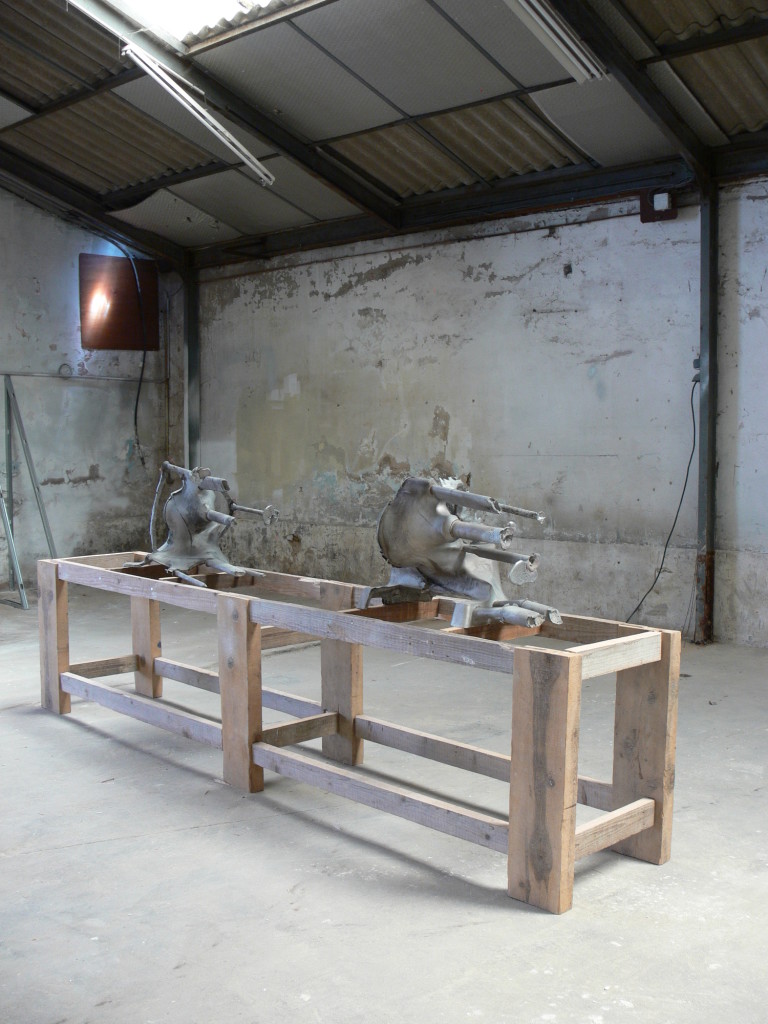